Why have I designed this instrument?
Well I felt the need to add to my gear a versatile White Noise generator. Any Drone-Ambient-Dark Industrial track will benefit from this, a few filtering and effecting provided.
While WN generation from a wisely polarized junction is easy business, I needed to be able to control the polarization and drive some feedback into the junction.
The result is an acid, instable sound with an ample range of modification by means of the two control pots. It can add some unpleasantness to a track you didn't believe could be worsened.

After the first tests I felt the need to increase versatility by adding a synch input.
It can be driven by a 5V square or by any standard Sync gate (e.g. the one of my Volca Drum). The effect of the tearing noise marching a tempo with the beat can be devastating. In the diagram: 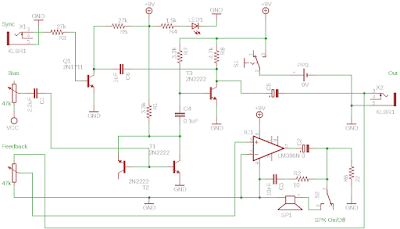 T1 is the actual junction generating the noise, Sync input range is 3-5 Vpp. Components values are not critical, works great with a depleted battery (below 7V). 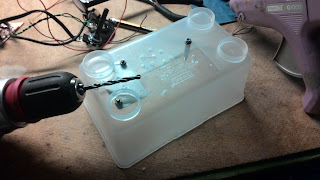 I've buit it as usual in an IKEA foodbox: 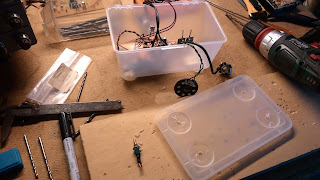 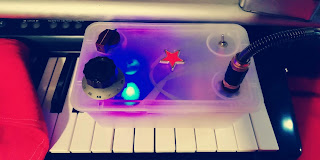 Doesn't look bad after all. 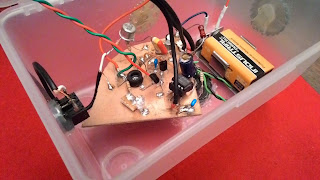 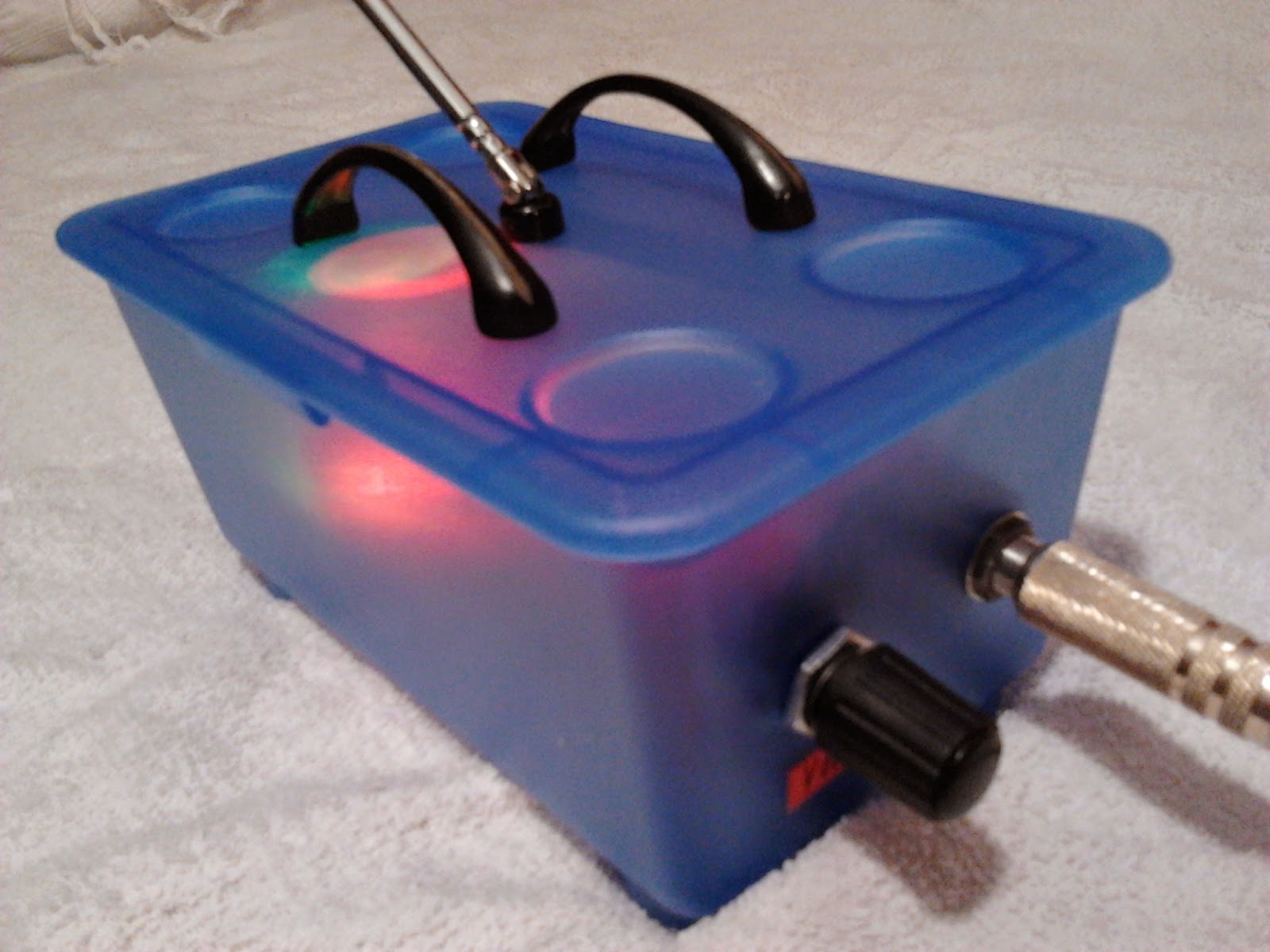 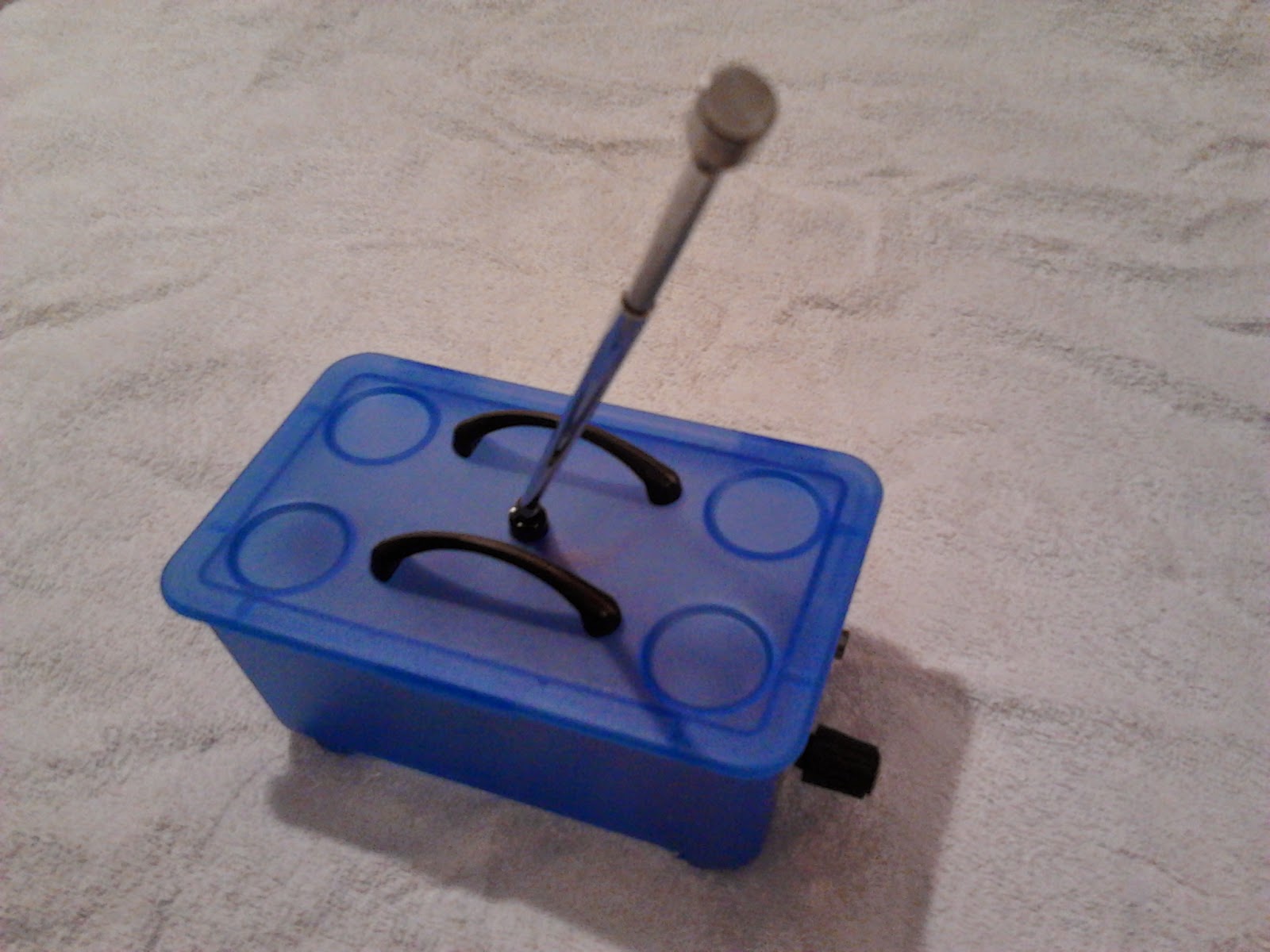 
Test of just finished homebrew synth based on the Auduino project...
at June 21, 2013 No comments: